You my have noticed that many of my posts lately have been baked goods. This is due to two factors: (1) baking is my favorite, and (2) I’ve been really busy with work, and it’s so much easier to whip up something sweet and work while it’s in the oven. I had some free time this weekend, though, so I decided to chill out and turn to slow food – the slowest food I know: cured meat. Coppa, specifically. 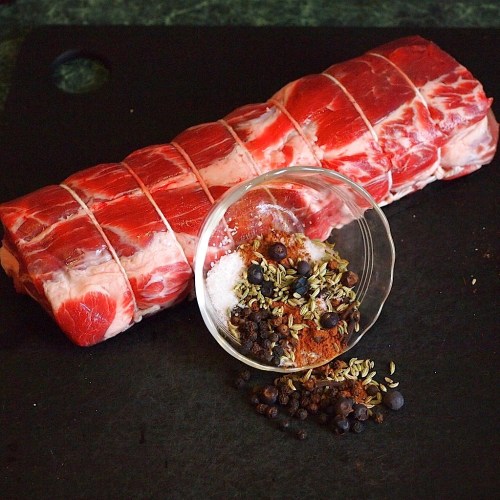 The hunk of raw animal pictured above happens to be a very specific bundle of muscle found in the neck region of a pork shoulder. When cured, this cut is known as coppa, capocollo, or capicola – or gababool, to my Neapolitan relatives. Coppa is one of my favorite salumi, and I’ve had ambitions of making it since I first started this crazy meaty journey with Charcutepalooza.

In fact, started my dry curing efforts with bresaola because I couldn’t find a whole coppa cut, and I was nervous about breaking a whole pork shoulder down myself. It was far easier to find (and repeatedly screw up) beef eye round roasts. Early in 2012, however, I noticed that one of my local butchers (Greene Grape Provisions) sold coppa. I stuck with the beef cure because I’d failed twice to produce an edible bresaola, and I was too deep in at that point to just give up and move to pork. Once I succeeded with beef, however, I set my sights on pork. This weekend, when ambling through Fort Greene, I decided to pop into Greene Grape; low and behold – they had a lovely pound-and-a-half coppa, and my Sunday afternoon agenda was set. 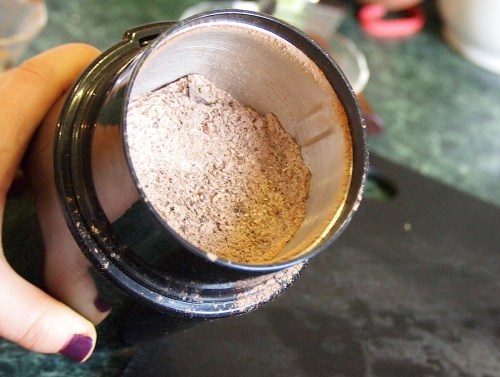 The coppa recipe in Charcuterie is pretty plain evidence that Michael Ruhlman is not infallible – he prescribes some weird bootleg coppa-salami hybrid method involving stuffing chunks of pork shoulder into sausage casing. Actually, to be frank, I find Ruhlman’s cure recipes can be a little over-salted. So, I turned to Wrightfood, the best meat cure blog in the business. I instantly fell for the spice combo used by Matt, the intrepid curer behind Wrightfood; his recipe called for fennel, cinnamon, and cloves, three of my favorite spices. Fennel, the internet tells me, is an Umbrian seasoning, common to cures from one of Italy’s central regions. Personally, I’m more of a fan of hot, spicy capocollo of Calabria. I’ll wait to try that, however, on my next cure. 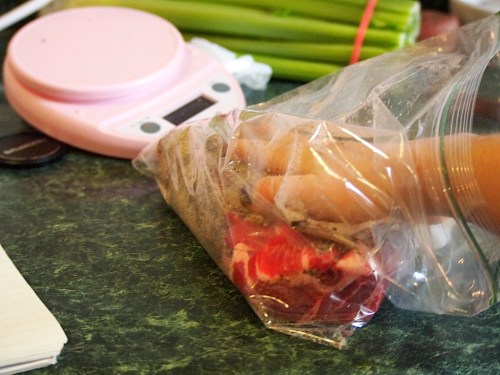 For now, my non-spicy but hopefully delicious coppa is curing in a bag in the fridge. I’m waiting two weeks and turning it every couple of days, and prepping my curing chamber and getting increasingly excited. There will probably be a lot more baked goods in the intervening weeks – but hopefully you’ll see some more meat on here in about 5 weeks!
~~~~~~~~~~~~~
Update (April 14): Finished coppa!