Yesterday, I picked some blueberries up at the grocery, and came home to hunt through the books I have here in Boston for a pie recipe. I was expecting to find some variation on the classic “sugar + lemon + cornstarch” formula – maybe to get crazy and do a lattice crust. Instead, I found The Best Blueberry Pie – I didn’t say it first; it’s titled that way in the Dallas Junior League Cookbook. 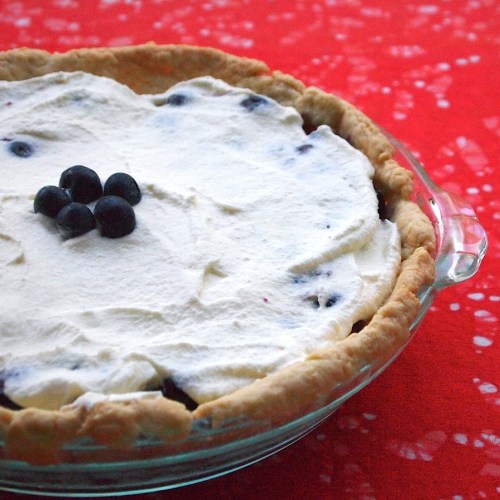 And after my family got to it. I was actually hustled out of the way after taking the shot below, because I was blocking pie access. Everyone had seconds. Why is it so special? Read on… 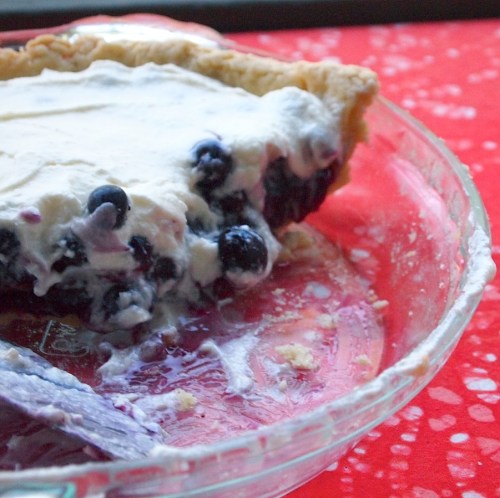 The first crazy thing about this blueberry pie: it’s made in an already-baked pie crust. I considered doing a tart crust (and might try one in the future with this recipe), but I was in a down-home kind of mood, so I just whipped up a half recipe of my fave crust and blind baked it. 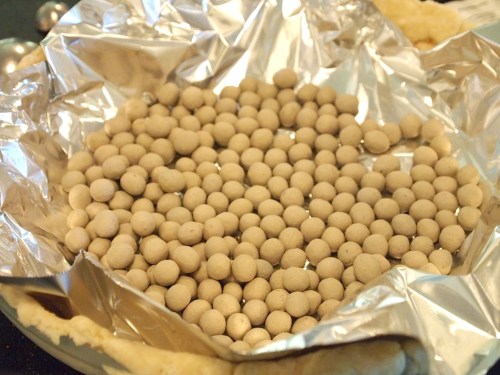 As my crust cooled, I got started on the pie filling: I made a syrup with a quarter of the berries, and thickened it with cornstarch. 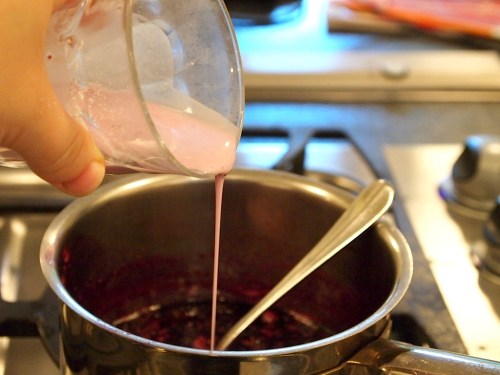 A pat of butter is melted in to smooth things up. 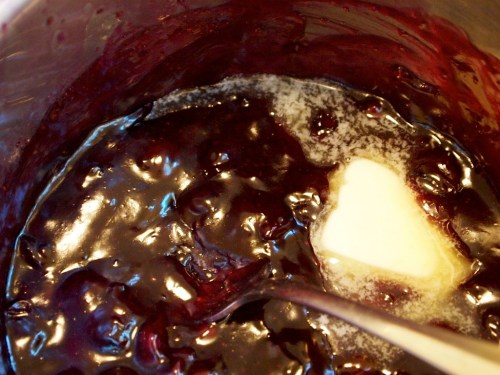 Did you really think I’d do a dessert recipe without both butter and booze? Of course not. This one calls for orange liqueur – Grand Marnier or Cointreau should all do the trick; I used the former. 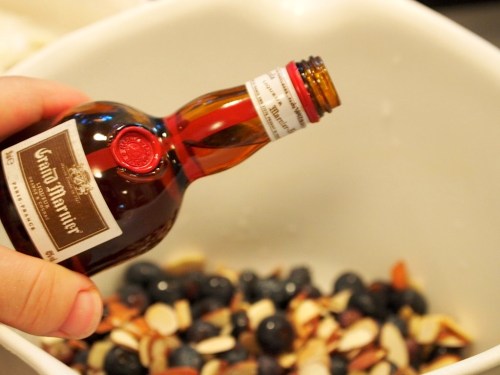 Here’s the key to the recipe: three quarters of the berries are kept raw and tossed with toasted slivered almonds. The cooked berry filling is mixed in with the raw berries to bind everything together, but most of the pie is just gorgeous, fresh berries. It’s so light and airy it’s deadly – slice #2 becomes irresistable and totally justifiable. 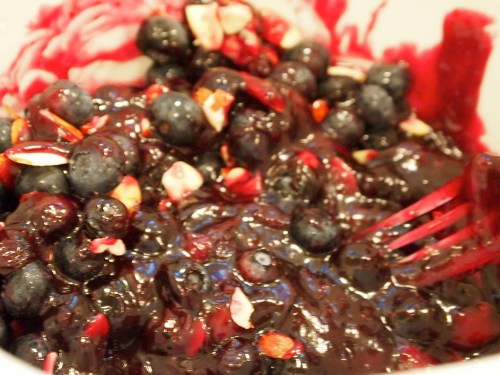 That raw berry filling goes into the shell and is cooled completely, to prepare for whipped cream topping… 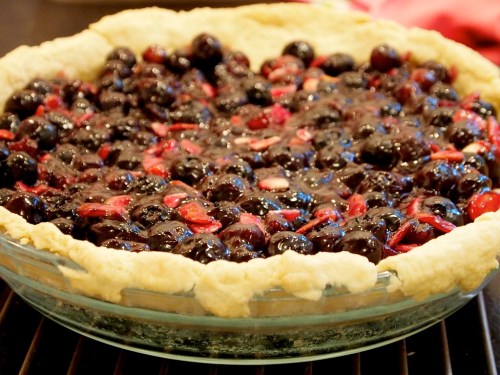 I tried a new whipped cream method when making this pie: I was too lazy to get the stand mixer back out after I’d put it away, but the food processor was sitting right there, and The Kitchn said it would do the trick…And, as you can see at the top, it sure did! I’m no longer a whisk-only whipped cream girl. Try it…and try this pie!

1. Combine 1 cup of the berries with the sugar and the water in a small saucepan. Bring to a boil over medium-high heat, stirring, then lower the flame to medium-low and simmer for about 7 minutes until the blueberries break down and a thin syrup forms.
2. Remove from the flame for a moment and mix the cornstarch with a couple of tablespoons of water to moisten it. Pour the cornstarch into the syrup, whisking constantly, and put it back over the low flame for just a couple of minutes until it thickens.
3. Take the mixture off the stove, add the butter, and stir until it melts and mixes in.
4. Toss the remaining 3 cups of berries with the almonds and liqueur in a medium bowl, pour in the cooked berries, and mix gently to distribute.
5. Place this filling in the pie shell, smooth the top, and let it cool completely.
6. Just before serving, combine the cream, sugar, and almond extract in the chilled bowl of a food processor or stand mixer and beat until stiff peaks form. Spread the whipped cream over the top of the pie and serve.