Well…I seem to have broken my regular-posting promises.  I promise I have good reasons, one happy, one not-so-much: first, I got really wrapped up in pies – you’ll see the fruits of this obsession below.  Second reason: my grandma passed away this past Monday; I’ll be paying her proper tribute soon…but in the meantime, let’s celebrate life and new beginnings.  With pie.

As I mentioned earlier, I got a new apartment this month. And Foodbuzz was kind enough to help me christen my new kitchen by hosting a 24 x 24 there – a pie-centric one. Yep, I had a Pie-tober Housewarming. The oven was going for 2 days, so my house definitely got pretty warm. All that baking yielded nine pies in total – in six flavors. Three of those were pies I’d done before, and three were experiments; thankfully, I had plenty of friends willing to taste test. 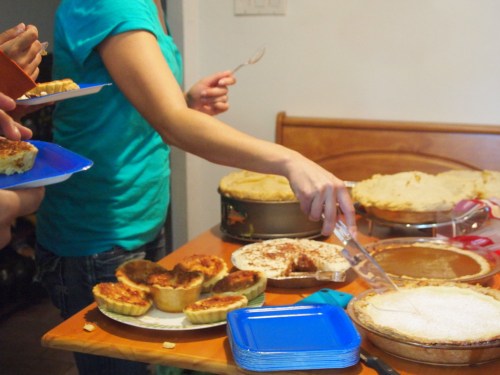 The roundup, clockwise from bottom left: lemon tarts, black bottom pie, scrapple-apple pie, apple, pumpkin, and bourbon buttermilk.  There were two apple, three pumpkin, and one of each of the rest (technically there were seven tarts, but they were from one recipe).  The first three pies listed above were new to my repertoire; apple, pumpkin, and buttermilk are already up on this site (with some atrocious early photo attempts). 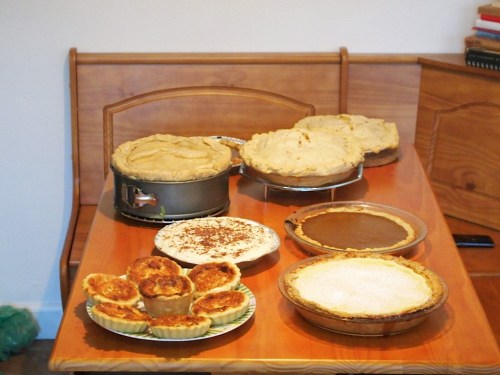 So, how did we get such a pie-laden table?  Well, it all started two days before the big event.  With crust.  Four double-crust recipes, to be exact.  Of my favorite Cook’s Illustrated Vodka Dough. 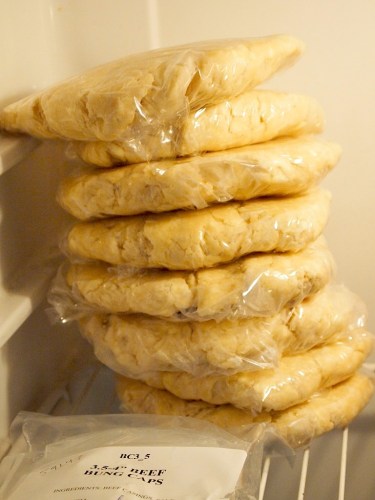 There were two special ingredients: my friend Susan’s company, and a delicious bottle of white Bordeaux.  My new apartment, it turns out, is down the street from an awesome wine store with friendly management and a well-selected “$10 and under” section. 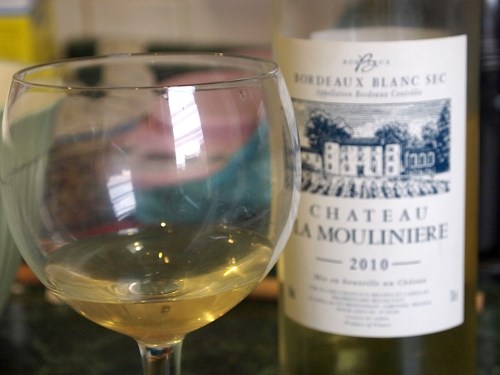 As I said, there were literally crusts for days.  Day 1, above, was regular crust.  On Day 2, I switched modes and moved to a press-in crust.  Gingersnap, to be specific.  This crust is what pushed me to try that new black bottom pie recipe – I’m a sucker for ginger and chocolate.  It’s an awesome flavor combo; if you don’t believe me, try this Martha Stewart brownie recipe and become a convert. 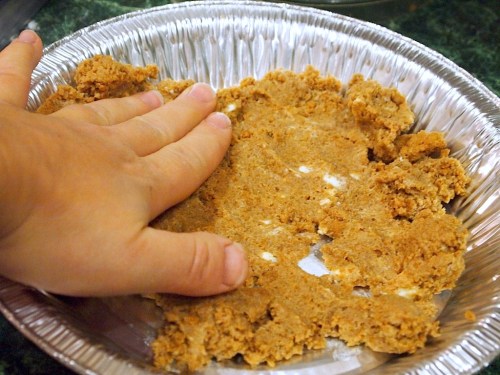 Morning of Day 3 (party day), I finally took on something entirely new: a boiled-water lard crust.  I adapted my pork pie filling from The American Heritage Cook Book, but for the crust I looked to a traditional English pork pie recipe in Hugh Fearnley-Whittingstall’s River Cottage Meat Book.

Yes, I know it’s not vintage; I got it as a present for myself when I got tipsy at a bake-off at cookware store/specialty grocery The Brooklyn Kitchen.  I did not win the bake-off, but I did win at consumption of free Brooklyn Lager, and impulse buying (I also came home with an adorable pink Escali scale).  Hey, I’ve gotta furnish my new kitchen somehow. 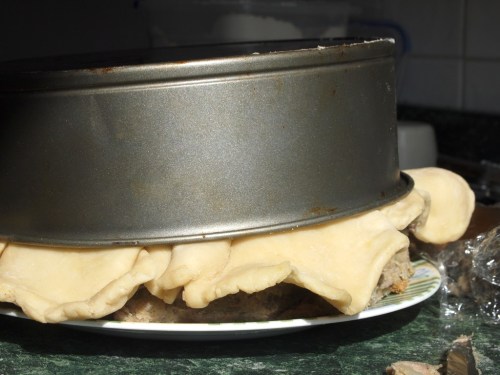 Don’t worry, both of the other pies were super-vintage.  And super-southern.  In fact, both this gingersnap-crusted black bottom pie… 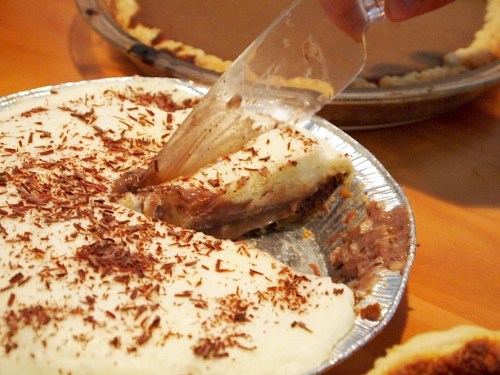 …and these lemon tarts came from The Southern Cook Book.  Sadly, my other favorite – Out of Kentucky Kitchens – is at my dad’s house in Boston.  I brought a few books with my for the summer and, of course, forgot them.  It has, however, been great rediscovering books I had in storage for the summer. 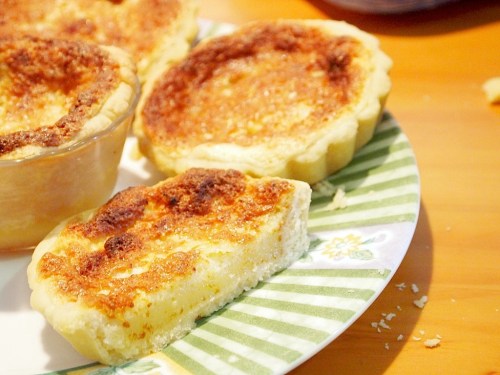 In fact, I had been kicking myself through the last several Charcutepalooza pate- and terrine-based challenges for putting away that American Heritage Cook Book; I’d seen a beautifully spiced scrapple recipe in it in the spring, and was dying to try it.  Now, not only have I tried it, I have doubled it, studded it with apples, and baked it in a 1/3-inch-thick lard crust.  Cutting into this thing was pretty nerve-wracking; it was hot from the oven, and about 4 inches high. 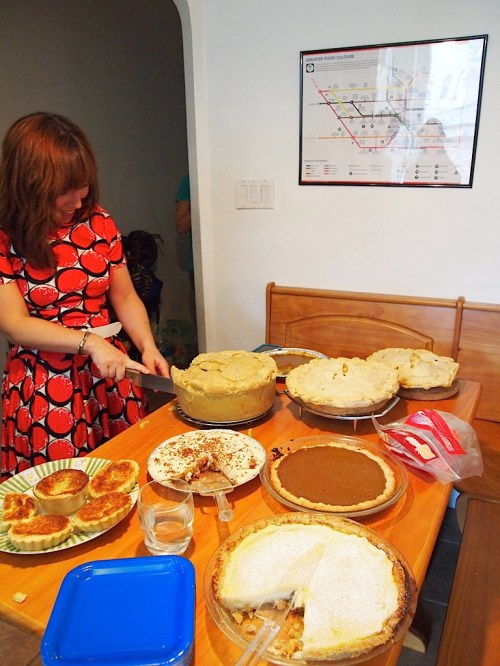 It totally spurted pork juice all over my cute new breakfast nook table…but it was totally worth it.  The apples and spices (cloves, sage, marjoram) lightened up the pork flavor and cornmeal filler.  People went to town on this one. 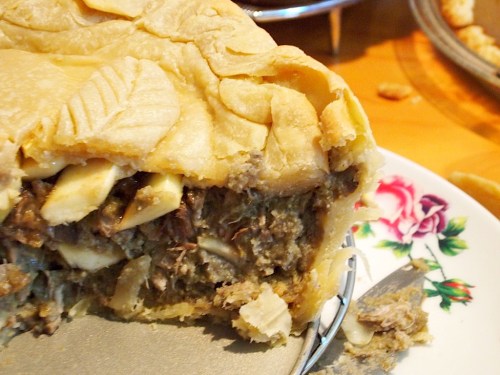 I still don’t know how many of them realized there was pork liver in there as well as pork shoulder.  Everyone was just so happy and into scrapple pie that I didn’t want to disrupt things.  On a side note: you can totally see most of my cookbooks (the ones I actually remembered to bring back to NY) on the bottom two shelves of my bookcase.  When the rest get here it’ll totally spill to a third shelf; I’m super-excited in a really nerdy bibliophile way.  Mooooore books for me! 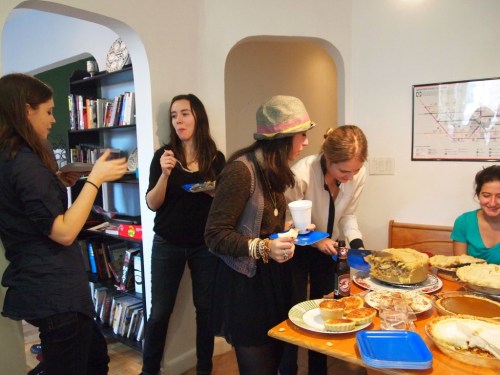 And…more pie for guests.  Yep, I have a living room.  It did not have curtains or a rug at the time of this party (for the best, since rugs and pie crust mesh all too well); it has gotten been furnished with both.  I think about 20 to 30 people – friends and family – cycled through during my 4-hour open house, and all left full of pie.  Some (especially my stepsister and her friend, attacking pork pie above) left with pie as well; they’re NYU students, and my feeder instincts simply did not permit me to send them back to dorms and dining halls empty-handed. 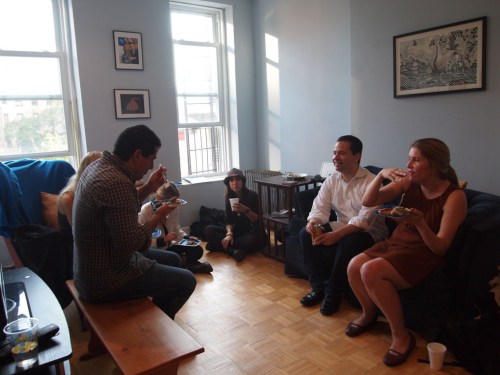 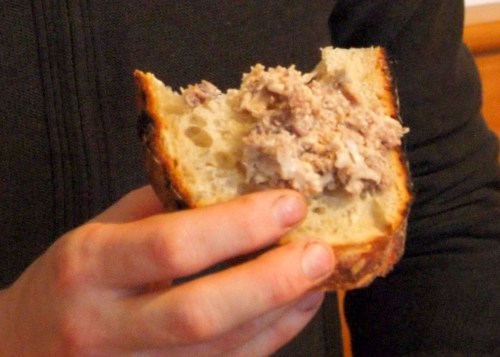 Other wonderful guest contributions included red velvet whoopie pies and an awesome taco salad. Neither of these is pictured because they were swiftly consumed while we were waiting for the last pies to come out of the oven. I am always late to my own parties. Even when I make a 3-page timetable and prep list to avoid such tardiness. Ah well. I like to think the delay just added to the pie carnage. 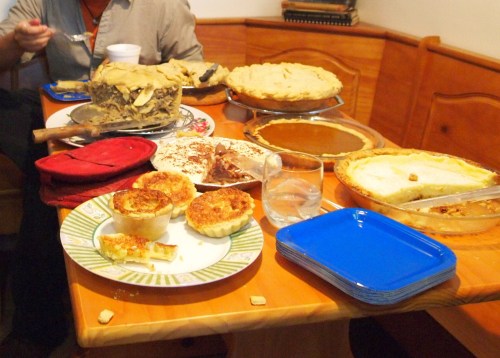 In all, it was a wonderful gathering. We were warmed and relaxed by beer and hot buttered rum. There was just enough pie to get people to brave a 4th-floor walkup to warm my house. And an entire pumpkin pie left over for friends at the shop where I’m currently moonlighting as a cheesemonger (before lawyering commences). What can I say? Pie brings people together. 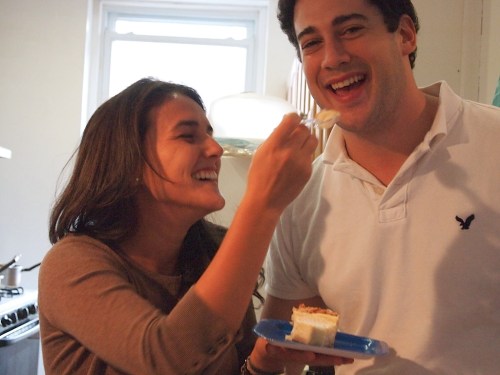 And so…thank you, wonderful guests, and thank you Foodbuzz! And keep tuned for some delicious pie recipes.