Most of the recipes on this blog are here because they caught my eye in some way – they had a funny name, interesting ingredient combos, a cool twist on a classic dish. This particular recipe – for black bottom pie – is rather special to me; it leaped out from the pages of The Southern Cook Book before I ever started to blog. The recipe was set out in a dauntingly rambling manner, with vague measurements, so I know adaptation would take work and I kept putting it off. Boy am I glad I got over that… 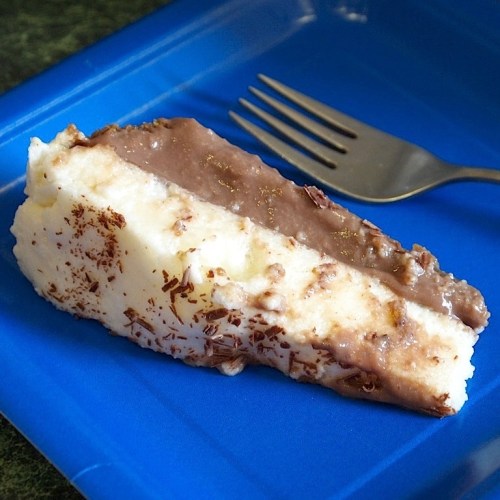 As I mentioned in my initial post on my Pie-tober party, the thing that really drew me in to this recipe was the combination of chocolate custard and gingersnap crust. The crust, however, was also the thing that scared me off; it called for “fourteen gingersnaps” and I kept wondering whether the gingersnaps at my local market were the same size as those used fifty years ago by Mrs. Wallace Dinn of Corpus Christi, TX. 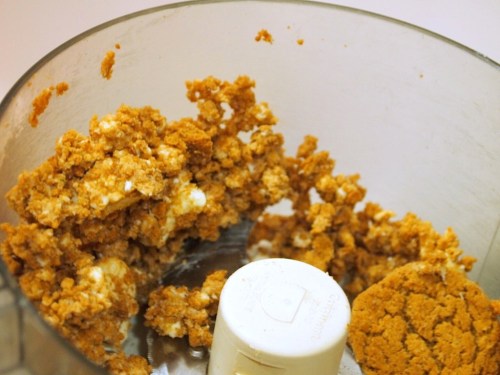 Turned out something was off with Mrs. Dinn’s gingersnap count; I wound up nearly doubling the number of cookies used in this press-in crust. 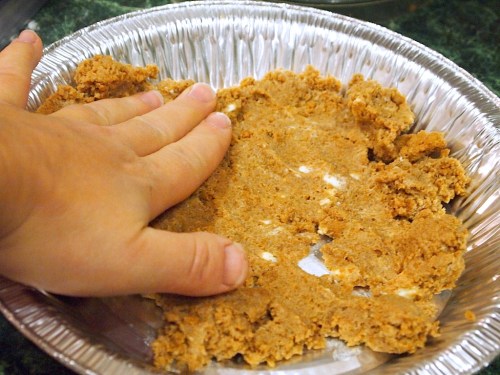 The first steps for the pie filling were less anxiety-inducing: you start out with a basic cornstarch-thickened egg-based custard. 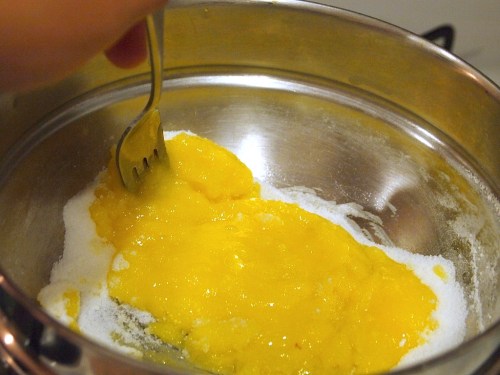 I’ve always been a little custard-obsessed. My mom frequently made chocolate pudding from scratch when I was a kid, and I got totally hooked. It took me years, though, to figure out exactly what recipes meant when they said to cook a custard until it was thick enough to “coat the back of a wooden spoon.” 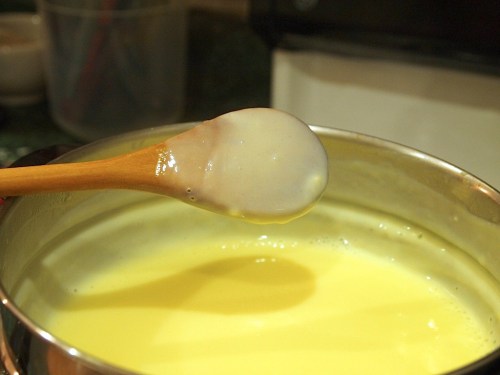 Once the custard was thickened up, things got easy again; I divided the custard in two portsions and mixed chocolate into one. The chocolate melted easily from the heat of the custard, and I poured it into my pie shell. Thus, we have a black bottom for black bottom pie. 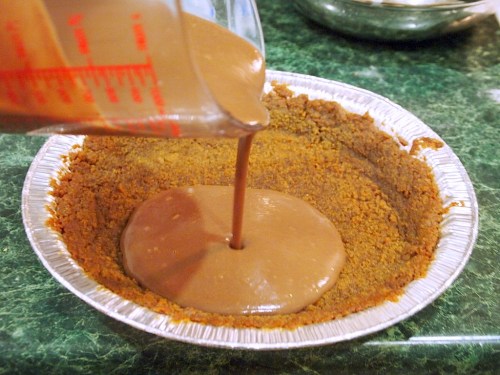 I put the first layer of custard into the fridge to set…and then things got weird and vintage-y. In hunting around the internet to find how common gingersnap crusts were on black bottom pie (answer: not very, unless the recipe is seriously old school), I found that many cooks fold whipped cream into their vanilla custard to give it loft. Not so with really old recipes like Mrs. Dinn’s; they call for whipped egg whites instead of cream, because they were less shy about serving raw whites. This recipe also uses gelatin to stabilize the meringue-based custard – it totally worked. 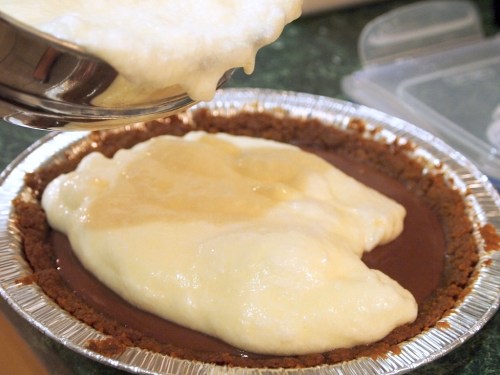 I might be posting a tweaked version of this recipe soon, but for now, here’s the original.

1. Preheat the oven to 350 degrees. Mix the crushed gingersnaps with the butter and pat the mixture evenly into a pie pan. Bake for 15 minutes and set aside to cool while making custard.
2. Scald the milk. Whisk the cornstarch, egg yolks, and sugar in the top part of a double boiler. Gradually whisk in the scalded milk, and cook for 20 minutes. Stir frequently at the beginning, and stir constantly as the custard begins to thicken, to keep the eggs from cooking on the bottom of the pan.
3. Remove 1 cup of the custard and add the chocolate while the custard is still hot. Add 1 teaspoon bourbon and blend completely; pour the chocolate custard into the crust and refrigerate for 30 minutes.
4. Mix the egg whites with the cream of tartar and beat until soft peaks begin to form. Beat in the confectioner’s sugar and continue to mix until the eggs form stiff, shiny peaks.
5. Dissolve the gelatin in 4 tablespoons cold water and mix, along with 1 teaspoon bourbon, into the reserved vanilla custard. Fold the egg whites in, pour this layer on top of the chocolate one, and refrigerate until set.
6. Top with whipped cream and shaved chocolate before serving.