Over the past several years I’ve gotten really into my annual Oscars party. I enjoy the actual awards show well enough…but what I really love about the awards season is coming up with ridiculous punning dishes based on Best Picture nominee titles. Such as…pickling beets for 127 Hours. 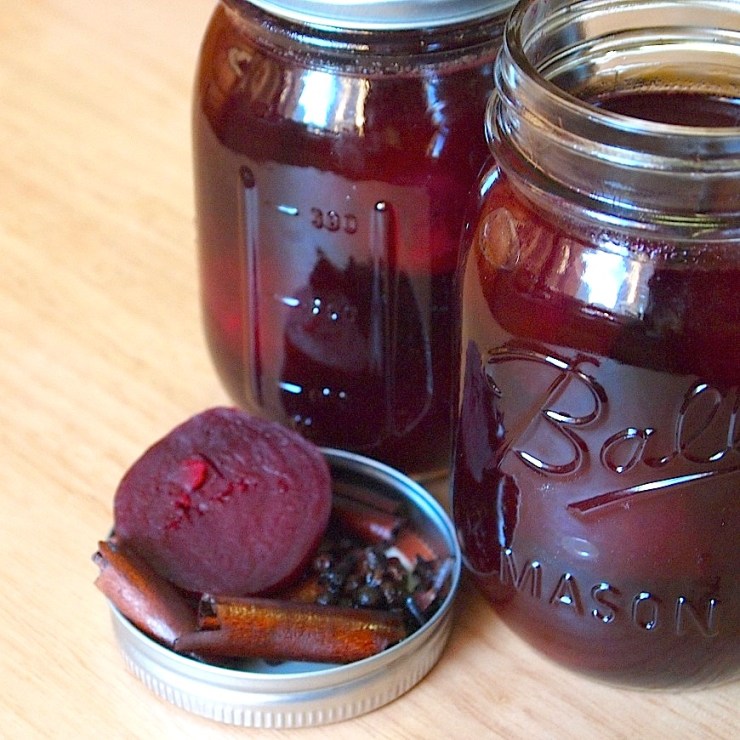 OK, So the beets might not have 127 hours until the Oscars; they were supposed to be canned yesterday, but I got a mini-flu and didn’t want to preserve my germs along with everything else. I’m better now, aside from the fact that I totally dyed my hands red handling a bunch of beets.

This is the first post of several leading up to a Sunday “Best Oscar Dish” poll. We’ll see how many of the ten Best Pics I can do justice to…and how utterly lame my puns get. Some of the films this years are easy (“True Grits” are totally on the menu) and some are a wee bit of a challenge (ack!! The Fighter???). The Holy Grail Oscar dish: one that both puns and reflects themes in the movie. One of the best I did in years past was “There Will Be Blood Oranges in Whiskey.” Smooth pun, featuring booze often seen in the actual film. Perfect! In the interim, if you want to play along, here’s the pickle recipe.

1. Combine vinegar, water, salt, sugar, and spices (in a cheesecloth bundle of possible, for easy removal) and boil for 5 minutes.
2. Add the beets and simmer for 15 minutes. Remove the spices, place the beets in sterilized jars**, pour the brine over, and seal.

**See this earlier post for full discussion of canning techniques.