So, it turns out the bar exam is kind of hard. My posts will probably be pretty sporadic these next couple of months: apologies in advance. I’m happy, however, to have fit a banana-berry bread in yesterday. 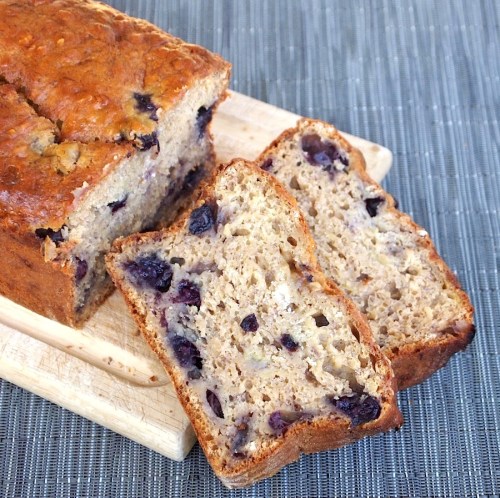 It was pretty much impossible not to make a banana bread: we had this bunch of bananas hanging around, in a state that practically screamed “Make bread from me!” 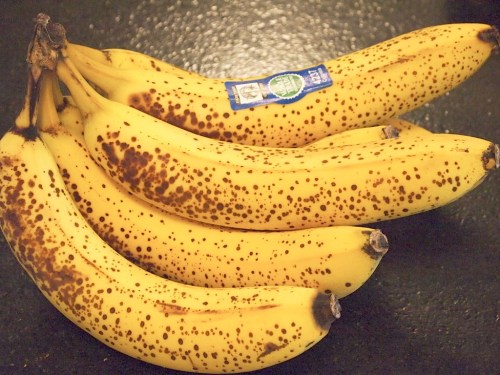 And then I found a banana-blueberry bread in The Dallas Junior League Cookbook. And then blueberries were on sale. Everything was coming into place…

I decided, though, to throw myself a curveball and play around a little with this recipe. It already replaced some flour with oats, so I started thinking in the direction of “health.” I learned some substitution tricks from a law school friend who bakes with whole grains all the time, and runs marathons nearly as frequently. He’d probably be disappointed I used white flour in this recipe (I was too lazy to go out and buy a new bag of whole wheat), but tales of his experiments inspired me to use honey in place of sugar (and reduce the amount of sweetener), and to thicken the batter with Greek yogurt instead of oil.  I also used more berries than the original recipe called for.  I just couldn’t resist…sorry this picture doesn’t do ’em justice.  Darn artificial light. 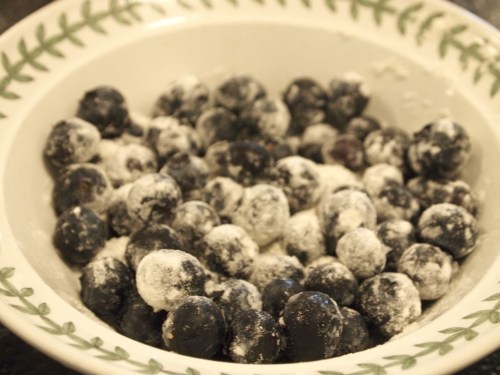 As with most banana breads, the procedure is pretty simple: you mash the breads up and add the fat (or, here, yogurt).  Where granulated sugar would usually be put into the dry ingredient mix, I added my sweetener to the “mushy ingredients” half of the recipe because honey is liquid. 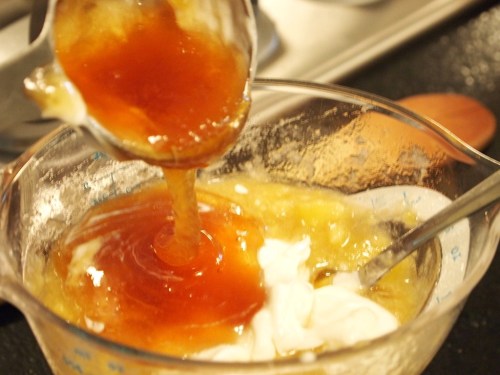 These mushy ingredients are added to the dry ones and mixed in.  I’m a big fan of mixing quick breads with a wooden spoon; I find I get a better feel for the exact moment I work out the flour lumps, and I avoid over-beating the batter. 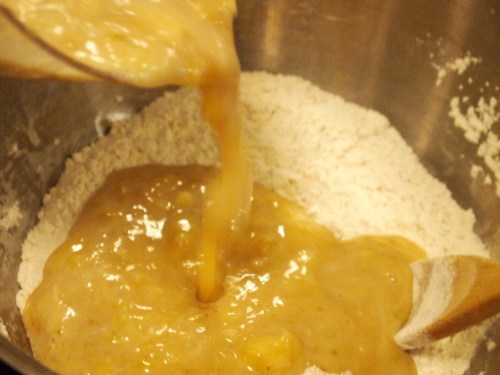 The batter then goes in a greased and floured bread pan.  One tip for baking with honey: it browns things up faster than sugar, so it can be good to reduce your baking temperature a little, and extend cooking time to compensate. 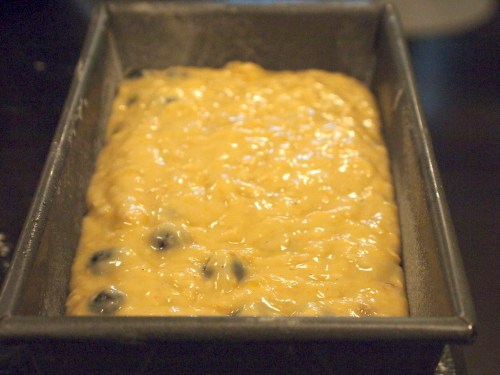 The toughest part of this recipe: its original author, Mrs. James G. Aldridge, of Dallas, TX, recommends wrapping the bread up and letting it set for 24 hours before slicing it.  We only got through 12 in my house…but it made a great breakfast.

1. Preheat the oven to 335 degrees and grease and flour a 9×5-inch bread pan. Sprinkle the blueberries with 1 tablespoon flour.
2. Whisk the remaining flour together with the baking powder, salt, and oats in a large mixing bowl.
3. In a medium mixing bowl, mix the eggs, honey, yogurt, and banana mush.
4. Add the liquid ingredients to the dry ones and mix with a wooden spoon, just until flour lumps are eliminated. Toss the berries into the bowl and fold them in gently, with just a couple of strokes.
5. Pour the batter into the prepared pan and bake for 1 hour to 1 hour 15 minutes, until a tester inserted in the middle comes out mostly clean. The batter for this bread is very moist, so a little may cling to the tester even when it’s fully baked.
6. Cool the bread completely, then wrap it up overnight before slicing and serving. Can be frozen.

**This recipe is my altered version, not the Dallas one from which I took my inspiration.