The deadline for Charcutepalooza’s Grinding Challenge feel right between my law school finals and graduation this month. Some people go nuts and subsist on burgers, fries, and Diet Coke for all of exam-time; my craziness takes the opposite form – I get very routine-driven, work out daily, and graze on nuts, protein bars, and turkey burgers with za’atar-spiced roasted fennel. After all of this I couldn’t quite face a big hunk of pork shoulder. So, I tried chicken sausage! 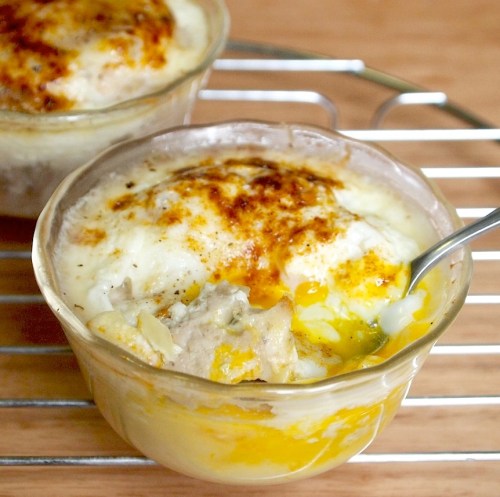 This month I also tried to incorporate my blog concept into Charcutepalooza more directly. I found a recipe in The American Heritage Cook Book for “Creole Sausage” – a spicy free-form (unstuffed) meat mix. Both Michael Ruhlman and my vintage recipe call for fat back; Ruhlman, however, notes in discussion of chicken sausage that one may omit the pork fat as long as fatty chicken thighs are used. Because I was trying to do a lighter forcemeat, I decided to try a chicken-only sausage. I got some really fatty chicken thighs. As I was prepping, I had an idea: why not trim the fat off the thighs and mix it in on its own? This idea worked well – I think separating the fat and adding it back in served to achieve a nicer, fluffier chicken sausage. 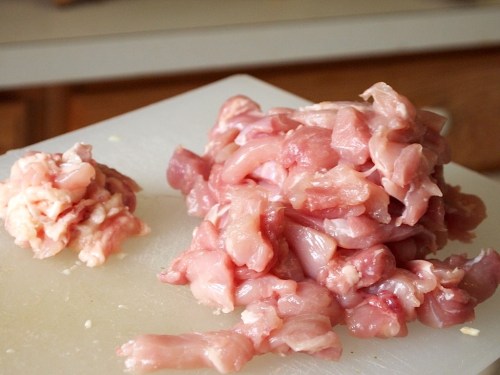 My creole sausage was spiced up very well: it incorporated garlic, onion, chili powder, cayenne, pepper, thyme, allspice, and a crumbled bay leaf. This spice mix yields a really lovely sausage: it packs some heat, yet the thyme, allspice, and bay simultaneously add some deeper flavors. I found it quite striking that the proportions of meat, fat, and salt prescribed by my American Heritage book were pretty much identical to Ruhlman’s ratios: some things just don’t change. Because they really, really work.

Perhaps this makes me a total sicko, but I’ve always kind of enjoyed mixing meat. I loved getting my hands dirty helping my mom make meatballs when I was a kid. Here, I worked my spices into the chicken, covered the mix, and let it rest in the fridge for a while so the flavors could blend. 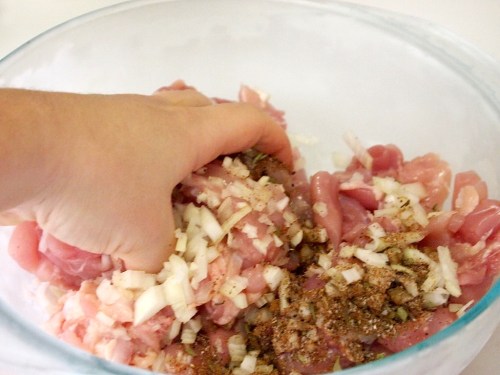 I decided not to buy the sausage grinder attachment for my mixer (much as I wanted to) because I’m about to move. So, I chilled the bowl and blade of my food processor and pulsed the meat in that to grind it. The texture was not as even as I’d have achieved with a true grinder, but it did get nice and forcemeat-y. After, I got to mix meat even more – but with my mixer’s paddle attachment instead of my hands. It felt weirdly like making batter. Meat batter. 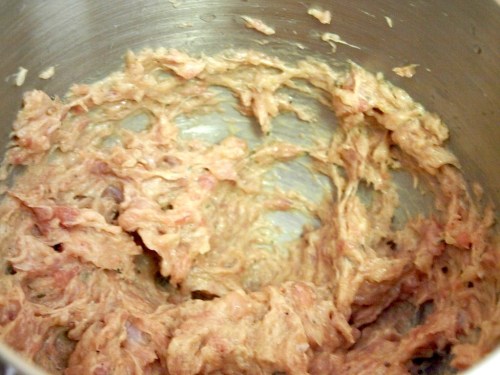 When my chicken was all whipped into shape, I rolled it up in plastic wrap logs. And used duct tape to secure the ends. That stuff really does do everything. 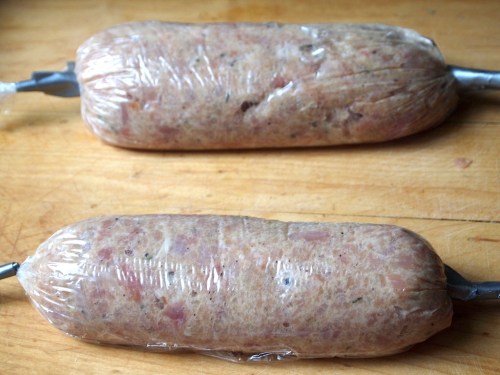 This morning, I figured I’d better do something with those sausage logs. And I had a Sunday brunch craving. Enter another vintage recipe: sausage meat ramekins from The Gold Cook Book. I picked this recipe because it was simple, and would thus showcase my spicy sausage nicely. It really is kind of a no-brainer: first you grease ramekins, put sausage in, and make a well in the middle. 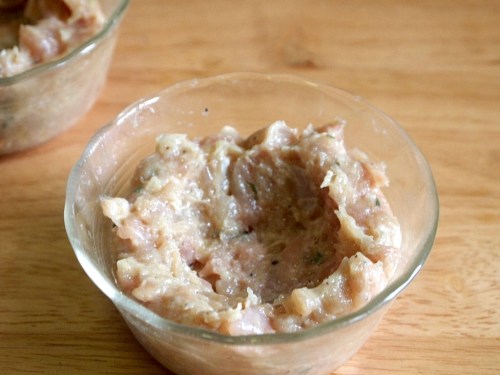 Then you break an egg into the well; the white should spread over the top of the sausage, while the yolk nestles gently in the hole in the middle. 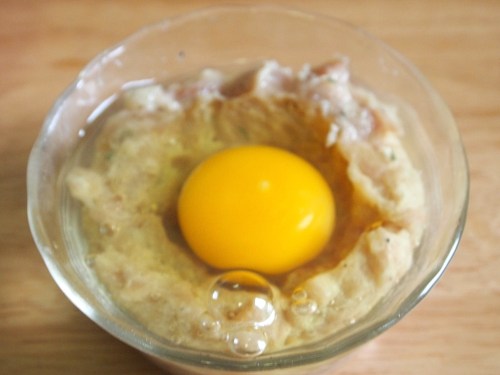 Grate cheese on top (I used Pecorino), sprinkle with paprika, and they’re ready for baking! 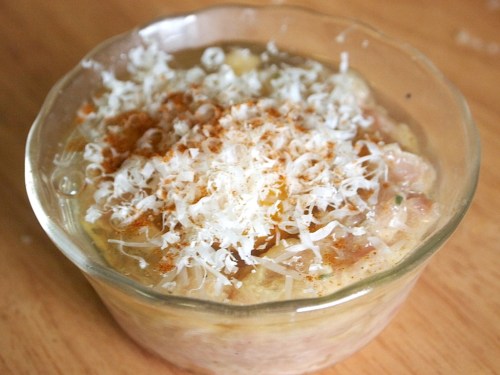 You’ve already seen the results above. Now here are the recipes…

1. Prepare the spices and onion, and have them ready in bowls before you start handling the chicken.
2. Separate as much fat from the chicken thighs as possible, and chop the trimmed meat into 1/2-inch cubes. Place in a glass or metal bowl, toss with the onion, garlic, and spices, cover and chill for at least an hour, up to overnight.
3. Chill the blade, bowl, and cover of your food processor, along with the bowl and paddle attachment of your mixer, in the freezer for at least an hour. Working fast, remove and assemble the food processor components, take half the chicken from the fridge (leaving the rest) and pulse it for about half a minute until pretty much all chunks are less then 1/4-inch across. Place this ground meat in the chilled mixer bowl, do the same with the second half of the meat, and add that to the mixer bowl as well.
4. Using the chilled paddle attachment, blend the meat at medium speed for about a minute until it begins to look gluey and resemble cake batter. Gradually add the ice water and mix for another minute until it is fully incorporated.
5. To store the sausage meat, roll it in plastic wrap or foil and secure the ends. If you’ve kept everything nice and cold this should keep for a while in the fridge.

1. Preheat the oven to 350 degrees. Place 6 ramekins on a baking sheet and grease them with butter or olive oil.
2. Divide the sausage between the ramekins (which should each be about 2/3 full) and press the meat up the sides of the dishes, making a well in the middle.
3. Break an egg into each well and sprinkle cheese, salt, and pepper over the top.
4. Bake for 15-18 minutes, until the eggs are opaque and the top is browning and bubbly, and serve hot.