Passover has been going on for a few days now, and I’m sure those who had seders on Monday and Tuesday are starting to run out of leftover brisket and matzoh balls.  This is when things get dire; when the bread lust sets in and matzoh twenty ways gets wearing.  Ashkenazi Jews have it especially bad, since they’re forbidden from eating legumes and grains (called kitniyot), generally.  Thankfully, the New World presents a loophole: quinoa, the grain Medieval rabbis didn’t know about and couldn’t outlaw.  And enter quinoa chowder, a traditional Andean dish delicious even if you’re not observing Passover.  Vegetarian, to boot! 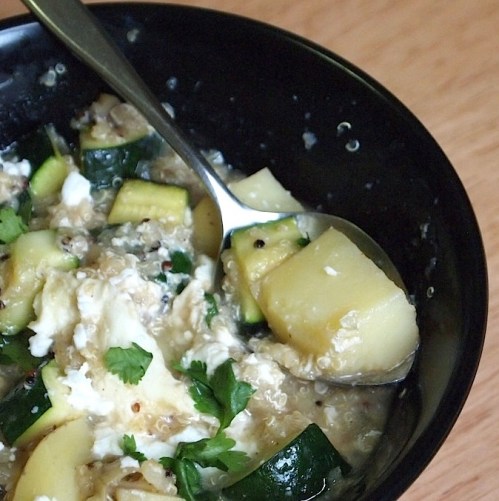 This year I’m not observing Passover.  I’m only half Jewish, you see – and on my dad’s side, to boot, so while I identify strongly with Judaism as a cultural tradition, I’m not religious or observant.  I couldn’t resist sharing this dish, though.  I adapted it from a recipe found in the “Inca” section of Spirit of the Earth – a modern book which collects age-old recipes and culinary history from indigenous Central and South American cultures.  This chowder is thickened with evaporated milk (a modern innovation), but it features classic native Andean ingredients: quinoa, beans, corn, and – of course – potatoes. 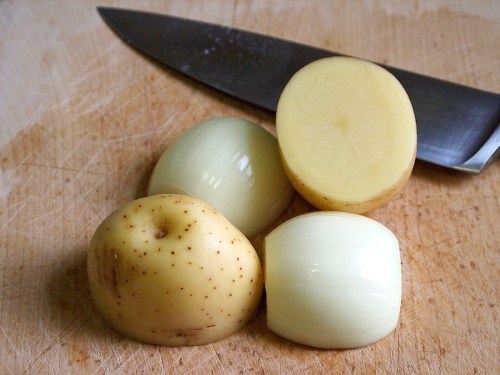 I love cooking with quinoa.  I discovered it through archaeological studies (reading about the Inca) before it got really popular.  I’m so happy it’s caught on.  If you’re new to quinoa, check it out; it’s gorgeously nutty and crunchy.  This stew recipe has you boil your quinoa separately before adding it to the soup base.  When quinoa is done, the grains are translucent (with no white in the center) and the germ ring pops off. 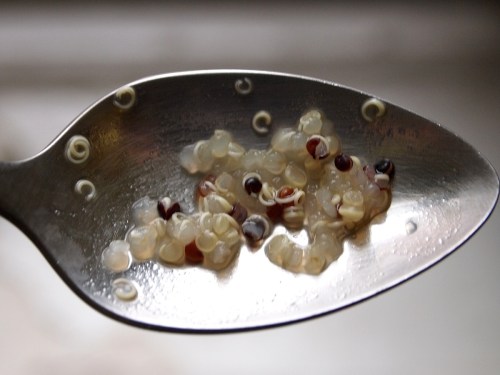 The original recipe calls for special Peruvian peppers: aji amarillo and aji rojo.  The former is a yellow pepper, and can be found in some American markets.  The latter is a specialty item, and the cookbook recommends using Asian chili garlic sauce in its place.  I was out of chili sauce, so I use Sriracha.  I tossed in ancho chili powder in place of aji amarillo, which gave a nice smoky flavor.  Overall?  Not a bad switch-up.  Pretty darn good, in fact.  Though next time I might just omit the chili powder and sauce and add a couple of chipotles in adobo.  My fave. 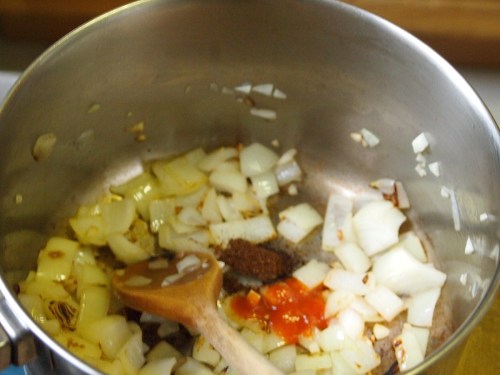 Because I wanted to keep this as kosher-for-Passover as possible, I couldn’t follow the original recipe and use corn and lima beans for veggies.  So, I reached for some zucchini.  I like a little sear on my summer squash, so I sauteed the zucchini and added it to the soup just before serving, instead of boiling it in the chowder. 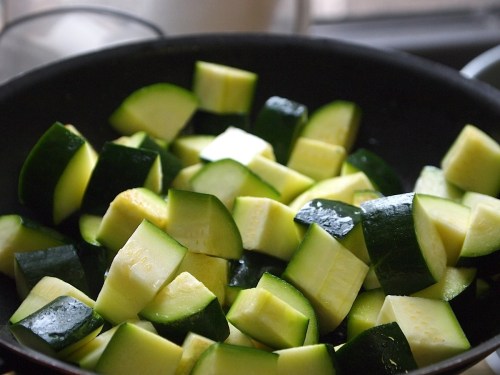 In addition to being thickened with milk, the chowder gets a lot of body from eggs, which are scrambled in at the end – a la egg drop soup.  If you want to be cholesterol-conscious, you can omit the yolks; the whites still give the soup a great texture. 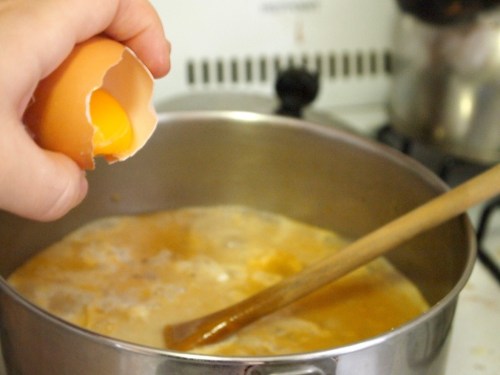 As you can see above, this chowder is served up with cilantro and crumbled queso fresco (or feta) on top.  It’s delicious, healthy, filling, and an overall awesome one-pot meal.

1. Bring 1 1/2 cups water to a boil.  Add the quinoa, reduce to a simmer, cover, and cook 20 minutes until the grains are translucent and the germ rings around the edges are falling off.
2. In the meantime, cook the garlic and onion in 1 tbsp. oil in a medium saucepan until the onion is translucent, about 3 minutes.  Add the chile powders/sauces and stir for a minute or two.
3. Add the potatoes and veggies, mix things up, and pour in 2 1/4 cups water.  Raise the heat, bring the mixture to a boil, then reduce the heat to medium-low and simmer for about 15 minutes until the veggies and potatoes are tender.
4. Mix the condensed milk and the quinoa (with any unabsorbed water) into the main saucepan.  Stir until blended, then add the eggs and stir vigorously to break them up.  Cook for a couple of minutes until the whites are opaque and stringy and no longer runny.
5. Serve hot with the feta and cilantro sprinkled over the top of each bowl.