I know I should be putting up tomatoes right now…but sadly when I hit the farmer’s market yesterday I was on my bike and I didn’t have confidence I could get the gorgeous, ripe heirlooms I saw home without major squashage. In hunting for more durable produce, I came across a stand with a whole assortment of colorful hot peppers; I bought enough to fill two quart jars (a quarter peck) and, inspired by Mother Goose, I pickled them! And photographed them with the Manhattan skyline. 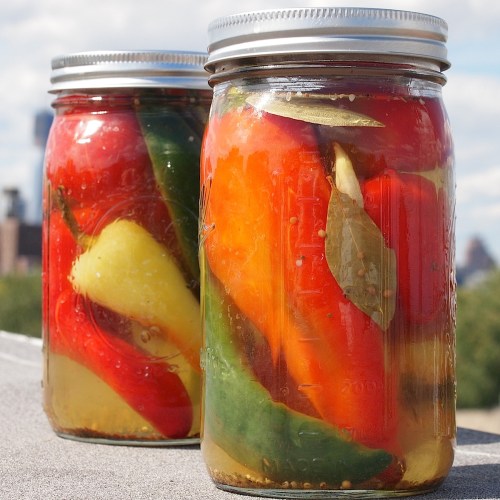 Before I got there, though, I had to prep properly: for this pickling session, I got out my best late-summer canning dress. This was wonderful while waltzing around my kitchen with vinegar…and not so wonderful when I was taking photos on the roof and had a little Marilyn Monroe moment when the wind blew up. 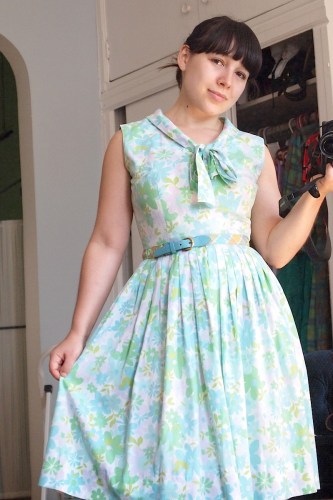 The peppers were so gorgeous that I decided I would pickle them whole. I don’t remember exactly which peppers I picked up, but I know that they are all in the mild-to-medium range and they include cherry peppers, Santa Fe peppers, and Anaheim chilis. 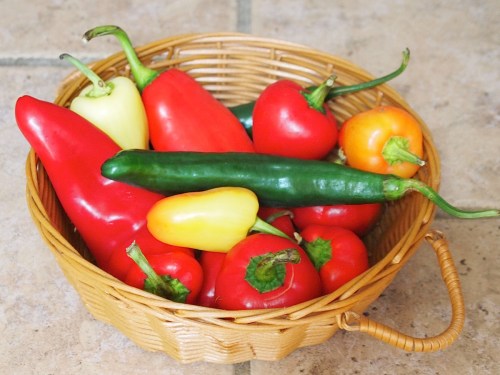 Sadly, all the pickled pepper recipes I found in my cookbook collection were for stuffed peppers rather than whole ones. So, I used a Craig Claiborne recipe from The New York Times Cookbook as inspiration for brine ingredients, and I took technique from this David Lebovitz post and I tried a pepper-pickling experiment. Interestingly, the Times recipe is very similar to one I found in the Gourmet Cookbook from about the same time.  Hmm…

Anyway, the Claiborne and Lebovitz recipes are also pretty similar: they both used simple brines which would not get in the way of the main hot/sour flavors of a good chili pickle.  Both called for mustard and garlic – where Lebovitz used coriander, though, I followed Claiborne and added celery seed. 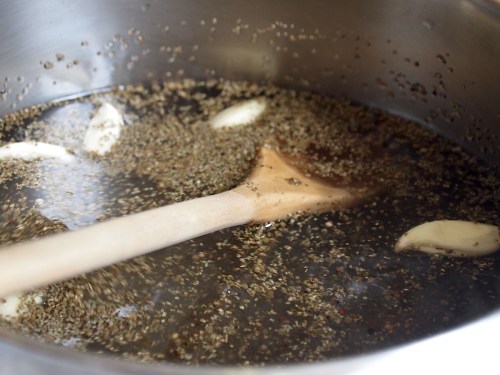 Here’s the recipe I came up with:

1. Cut 3-4 slits in each pepper and pack them into two quart-size canning jars.
2. Put the remaining ingredients in a put and bring to a boil. Pour the resulting brine over the peppers and close the jars.
3. Store the jars in the refrigerator; the peppers will be ready in a week.  Safety Note: Use these peppers within about 3 weeks – or seal the jars in a hot water bath after Step 2.

We’ll see in a week how it turns out – and what I can to with a quarter-peck of pickled peppers!  And we may answer the question: